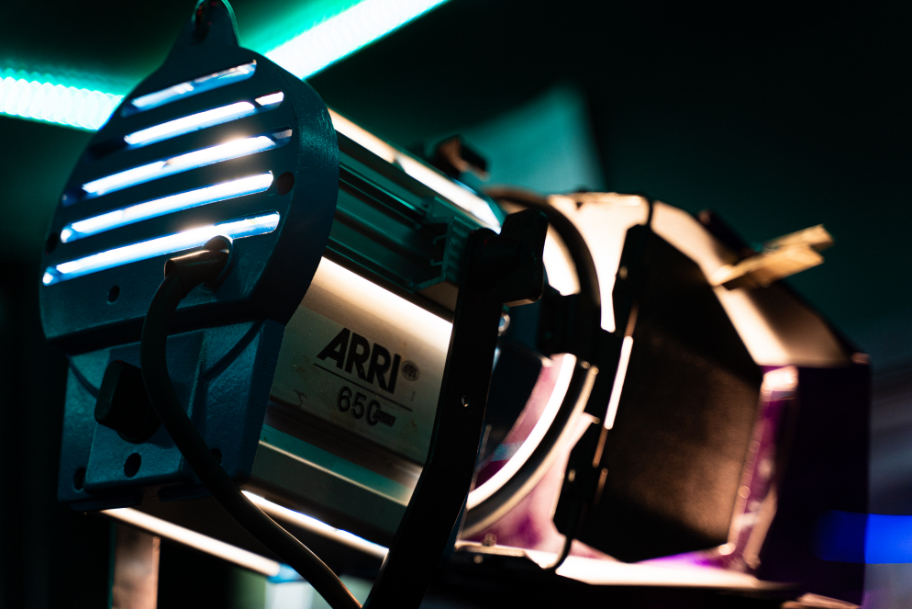 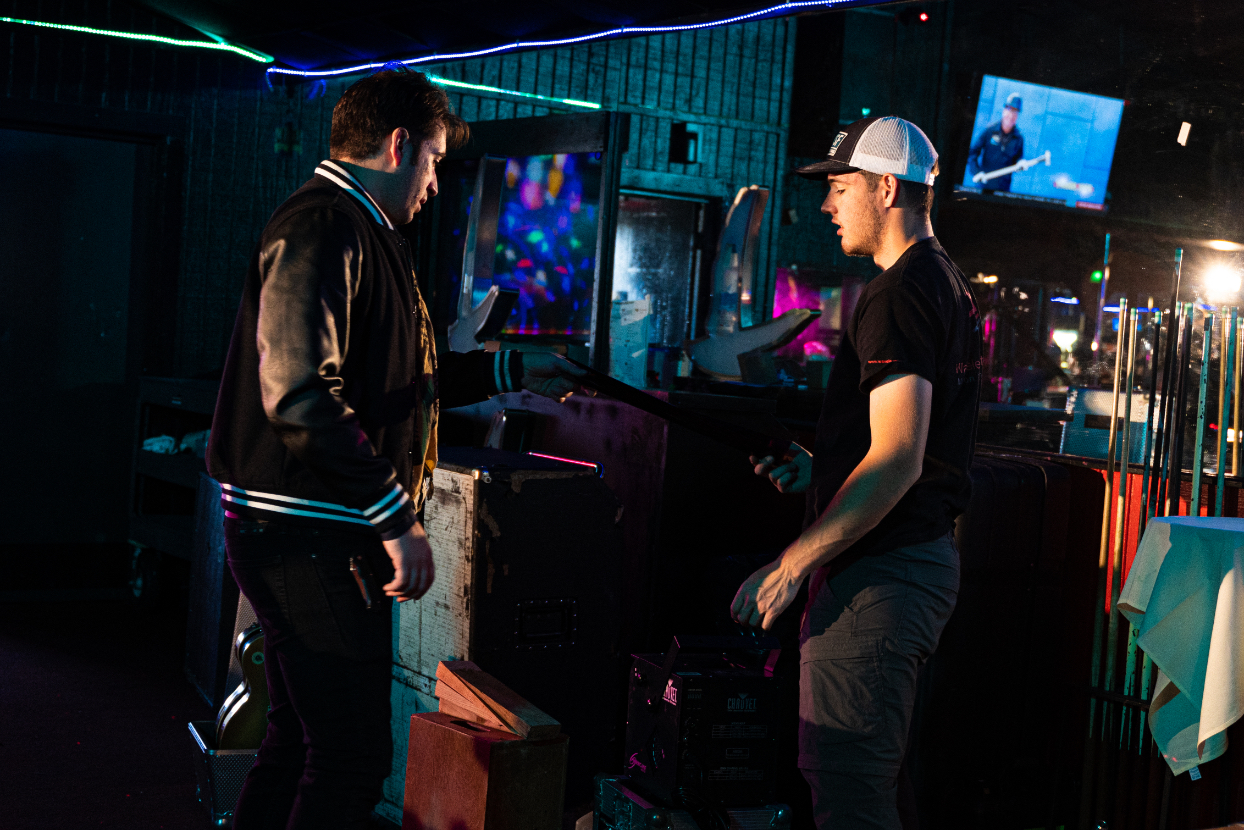 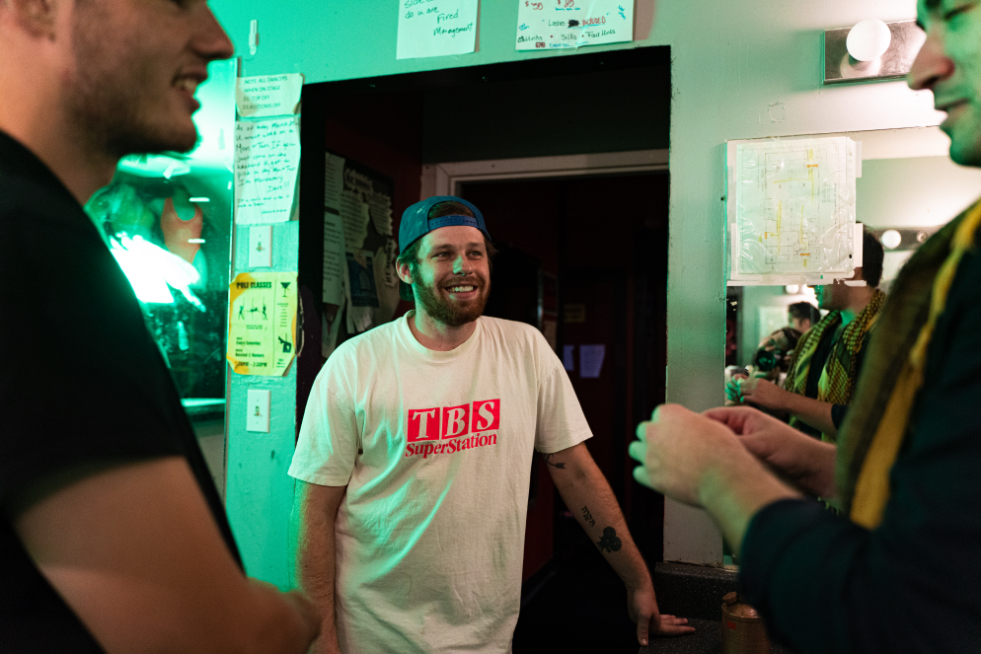 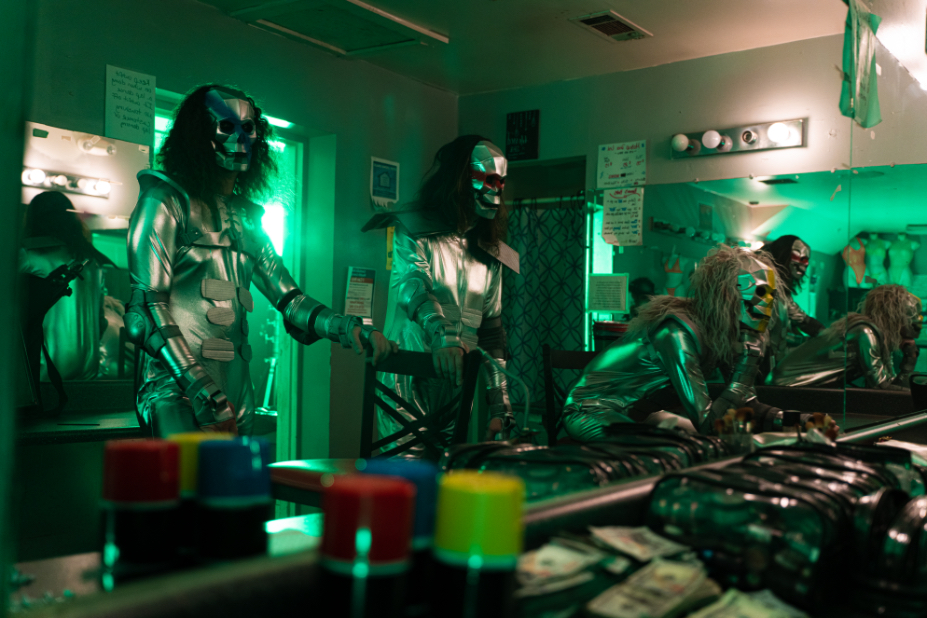 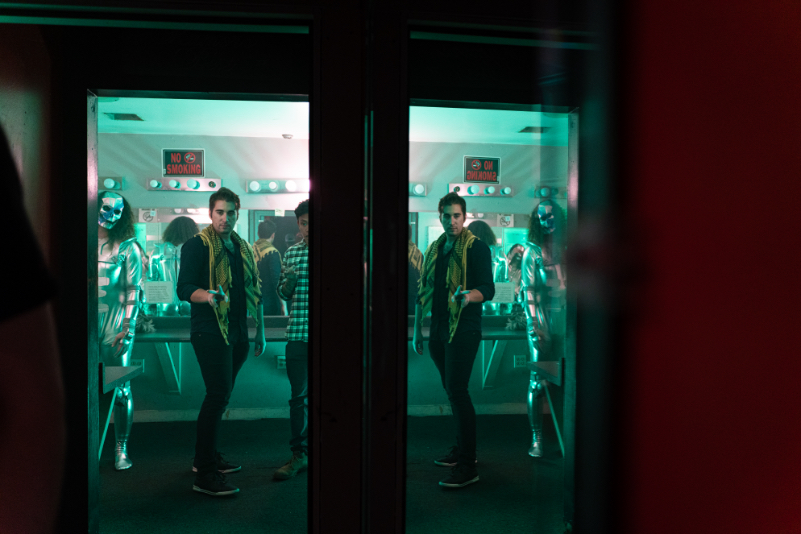 As we brainstormed ideas with the team at Madison Records, the lead guitarist made a crass joke about how he wields his guitar. Inspiration can come from the strangest places! Who gets to wield their ‘guitar’ in public? Male strippers. Ok, so why don’t we run with a play on words and turn “Like Machines” into a sci-fi novelty strip club act? Guys who dress like machines?

Weird, right? Assuming we play it literally, what’s the only feasible way this could work? Only if the performers took it deadly serious, weirdos that they are. So everything had to be incredibly intense and overcommitted, physical and maniacally energetic for comedy’s sake. That has to their attitude. What does the strip show look like? Every routine, every show needs to have a climax. Well, they’re “machines” so their anatomy is…different? Oil.

Something this off-kilter needs a framing device or it’s not going to make sense. We bookended it in the simplest terms: what is the strip club like immediately before and after Like Machines goes on and all hell breaks loose? These guys are so intense, they’re a walking disaster, but that’s why they’re beloved by the crowd. We populated the scene with characters, and it was easily extrapolated from there. We had a story, concept, location, and sleazy trucker bar look to lean into.

After examining some different options, we chose to shoot on a Panasonic EVA-1 with a set of vintage Zeiss-Jena prime lenses. The Zeiss-Jenas trace back to WW2-era lens designs that were claimed by the Soviets from the ruins of post-war Germany and further developed in the 1950s and 60s. The company Zeiss, which still survives today as Germany’s premiere optics company, was split in two: Zeiss, and Zeiss-Jena, until reunification in the 1990s. Zeiss kept the name, Zeiss-Jena kept the patents.

As the old Dominican saying goes, the EVA-1 checks the three Bs: buena, bonita, y barata (nice, pretty, and inexpensive.) The color on it really is something else! It’s a fantastic camera. But, more importantly for a rock-and-roll video, it doesn’t weigh too much, so you can thrash it around no problem.

We scheduled a shoot day at Rumors Gentleman’s Club, by the Atlanta airport. The owners loved the idea and were thrilled to host us, allowing us to come in on a Sunday, their usual off-day for the week. Art Director Taylor Wynn got to work building the robot costumes, props, and chocolate gags with Prop Master Eliza Gipson (who actually plays the bachelorette), Assistant Director Tim Barrera built a block schedule from Daniel’s shot list, we casted and blocked all of our roles, and it was off to the races!

The team killed it. They knocked out setup after setup on the shoot and wrapped forty minutes early. That’s why you trust the creative process, and you always come prepared. All these choices are interconnected.

Check the video out! We hope it’s as memorable, funny, creative, and just plain different to watch as it was to make it.